A suspected child trafficker in China was captured on surveillance camera trying to casually snatch a little boy away from his brother in broad daylight.

The terrifying abduction attempt happened on Wednesday noon outside a household appliance shop in Fenggang, Guangdong Province in southeast China,

Fortunately, the boy’s elder brother rescued him from any potential harm by catching up to them and then pulling the boy back..

The man in black, later identified by authorities by his surname Zhu, can be seen in the chilling footage, walking past a group of children, casually grabbing a little boy by his chin and then pulling him away. 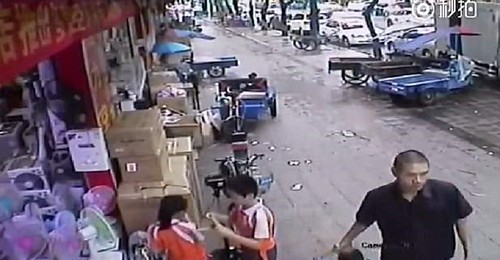 After noticing that his younger sibling has been taken, the older brother followed the suspected kidnapper and grabbed his brother back. 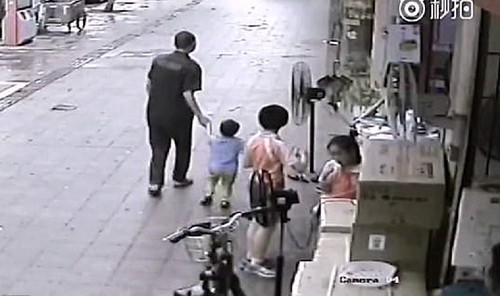 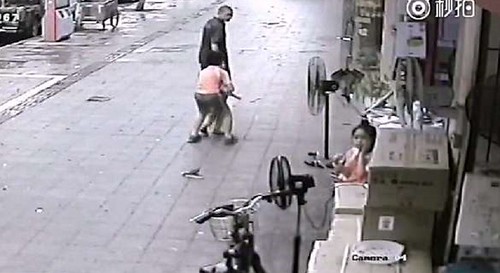 Zhu then proceeded to walk away from the scene as if nothing happened.

According to reports by local media, the young boys’ parents reported the incident to Fenggang Police, who immediately tracked the suspect down. By afternoon on the same day, Zhu was arrested and taken to the police station.

Upon questioning, Zhu claimed that had no intention to abduct the boy as he was merely “playing with the child.”

Local authorities have yet to file charges against the suspect as the investigation on the case is still on going.