A video was posted on Kaki Share’s Facebook page of a woman wearing white crawling up a pillar to get to the second floor of a building.

It is unclear where and when this happened.

The caption in Malay jokingly suggested that the woman had forgotten her keys.

Netizens expressed how chilling the video is especially because of how the woman made the climb.

She was surprisingly fast and appeared to do it without exerting much effort.

Once she reached the second floor, she moved while crouching down and then started poking her head out of gaps in the wall in a bizarre manner. 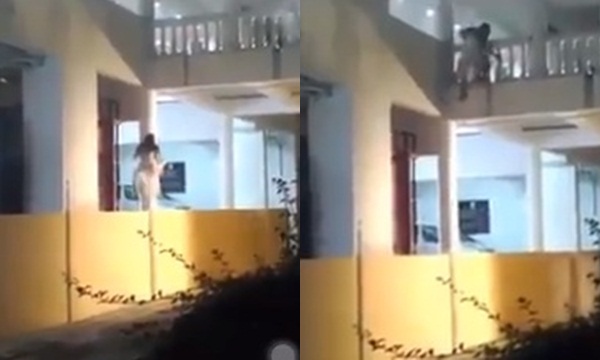