Shocking: A woman takes off her pants on subway

Determined to emerge victorious in an unusual quarrel with her boyfriend, a woman recently pulled her pants down to her ankles inside of a crowded metro train on Shanghai’s Line 1..

Video has gone viral on Chinese social media of the woman repeatedly demanding that her boyfriend kneel down in front of her on the subway carriage floor. “If you kneel, then the matter is resolved! If you don’t kneel, then it never will be!” the woman threatens, screaming the ultimatum at a seated, soft-spoken guy wearing a face mask.

A few brave commuters go over and try to take a seat near the quarreling couple, but quickly give up on that idea as the woman continues to loudly and angrily berate her companion. 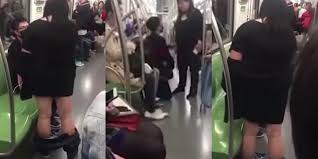 Eventually, the guy concedes to his girlfriend’s demands and kneels down on the metro carriage floor in front of her. Seemingly appeased, the woman takes a seat. 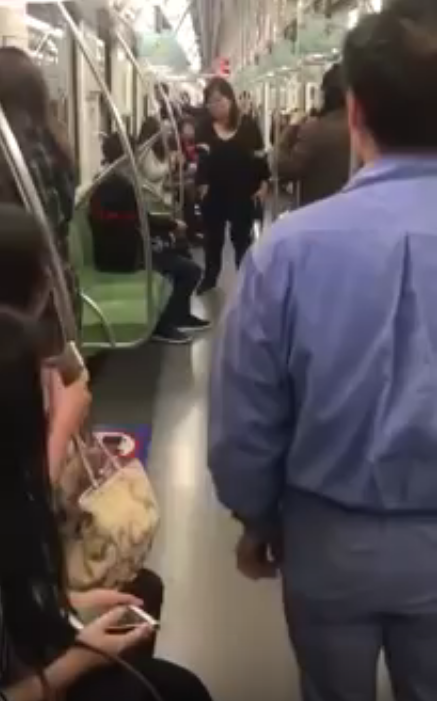 However, a short time later, she is back on her feet, demanding again that her boyfriend kneel before her in apology. To raise the public embarrassment stakes even higher, the woman even decides to pull down her pants. 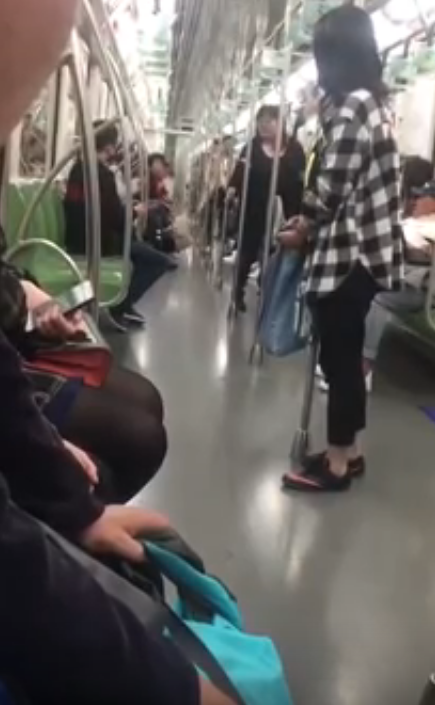 The guy is then left with no choice but to quickly touch his knees to the floor.

Following that gesture, the woman sits back down and starts furiously typing on her phone with her pants still at her ankles.