A 3-year-old girl was supposed to be b.u.r.i.e.d last July 12 at 1:00 pm when the child suddenly gained consciousness and rose from the c.o.f.f.i.n. 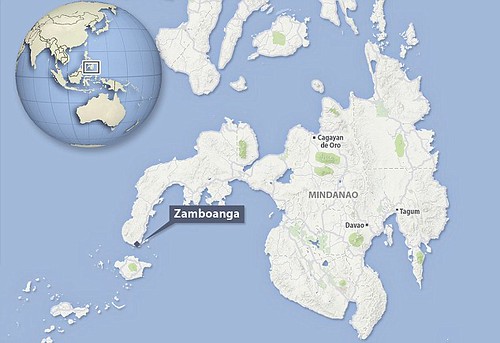 This girl had been suffering from a severe fever for days and was taken into hospital on Friday. She was presumed to be d.e.a.d after 24 hours on Saturday, July 12. 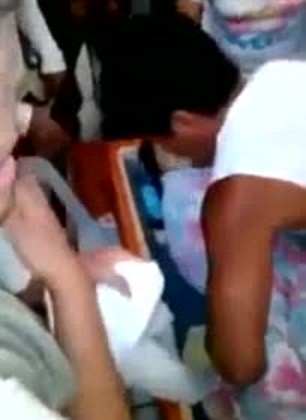 Afterward, her family quickly arranged a f.u.n.e.r.a.l at a church of Aurora, Zamboanga del Sur, Philippines for the priest to administer the.last.sacrament 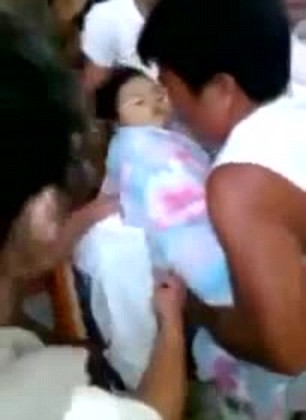 During the Mass, a relative heard movement and lifted the lid of the c.o.f.f.i.n and saw the little girl’s head move. 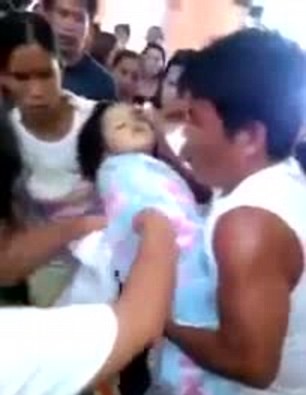 The toddler was quickly lifted out of the c.o.f.f.i.n, appearing weak but breathing. Everyone couldn’t believe their eyes before this “miracle”. 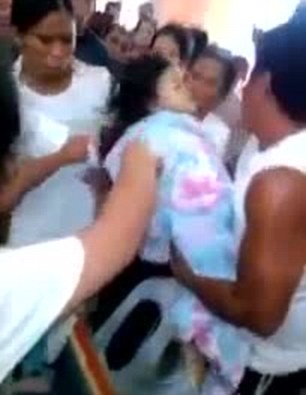 Her father immediately grabbed his daughter from the c.o.f.f.i.n and gave her a cuddle. 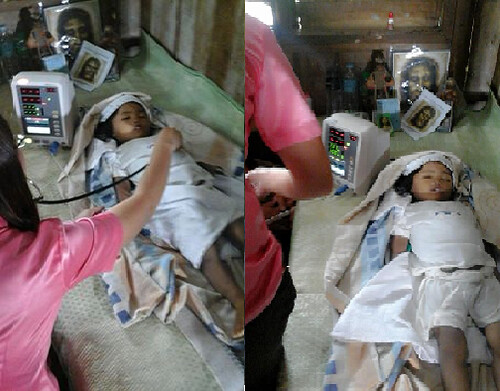 One of the mourners said they had spotted the girl move her head while they removed the lid of her c.o.f.f.i.n to arrange the body.

Footage of this amazing “back to live” moment was captured by a mourner and uploaded onto the internet.